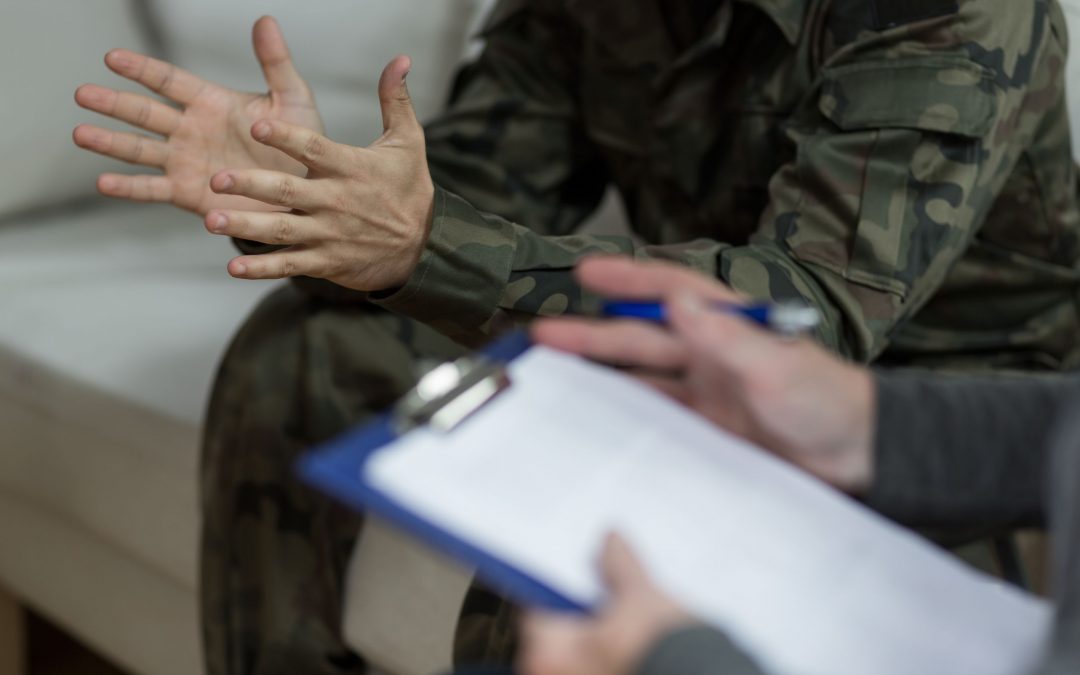 As a mental health provider, I have been working closely with people experiencing post traumatic stress since 1981. By the mid-1990s, PTSD specialists and the general public accepted that violent, life threatening events profoundly affect the survivor, regardless of their emotional or psychological resilience. The direct effect of violence on the brain and psyche makes survivors vulnerable to anxiety and depression following violence exposure. Combat veterans are no exception.

Previously, medical providers, military leadership, corporate liability managers, and the general public held the opinion that a person who remained affected by a violent event most likely had a personal or psychological defect that kept them troubled, like emotional weakness or cowardice. Service members who complained of prolonged emotional distress following combat exposure felt shame for taking benefits from those more deserving. Civilians affected by psychologically-traumatic accidents were believed to be complaining only to obtain compensation from corporations. These negative stigma still persist.

Self-protective reactions (flight, fight, freeze) occur naturally as violence is happening. When that reactivity does not resolve within a few months, PTSD could be the reason. Neuropsychological research, which studies how the brain and nervous system affects behavior, now supports that PTSD happens at least 20% of the time after people are confronted by violent, life-threatening situations. Furthermore, anyone, regardless of personal strengths or weaknesses, can be psychologically injured in this way. I reject the stigma that you are weak to be trauma-affected.

Without a neuropsychological understanding of trauma memory, chronic PTSD has become the norm. However, evidence-based practices have been shown to be effective in reducing the severity of this injury. Some violence-affected individuals have reported full recovery. I reject the stigma that you cannot recover from PTSD.

Some say that people pretend to have PTSD for benefits or compensation. The truth is that veterans and their friends and families can trust what they see happening. To pretend to have this pattern of self-protective behaviors over the long haul is inconceivable. Such deception would be quickly exposed when a person is examined by an expert in trauma-related diagnosis and treatment. I reject the stigma that veterans make up or exaggerate post combat distress for personal gain.

Finally, exposure to violence does not make a person prone to acting in a violent way. To the contrary, a person with trauma-related stress is prone to see the world as dangerous, rather than becoming dangerous themselves. Observable agitation and angry outbursts are evidence that the trauma-affected person feels defensive and self-protective and/or weary and fatigued by sleepless nights and chronic reactivity. While there have been instances in which significantly violent trauma events from the past have obscured judgement in the present, resulting in violent acts, this is an uncommonly severe symptom. I reject the stigma that trauma-affected people are categorically dangerous to their families and communities.

Just as looking at a map provides a limited picture of a place, so also a diagnostic label provides a limited picture of a person’s life. The PTSD diagnosis has been field-tested for 40 years and captures the patterns of what people experience. However, I don’t think this diagnosis, or any other diagnostic label since the Civil War, fully describes the unique impact of violence exposure on each unique person’s well-being. Before the trauma, a person could live with a sense of peace and safety. After the trauma, that same person believes that threat and danger are everywhere. PTSD is more profound than a label. Survivors routinely negotiate around and through repetitive, toxic trauma memories that won’t let go.

My experiences as a treating psychotherapist since 1981 and as a forensic examiner since 2008 contradict negative stereotypes. False information prevents combat and other violence-affected veterans from speaking about what they have survived. They don’t pursue recovery options because they don’t trust that anything can stop the haunting memories.

Before yet another one of you endures decades of nightmares, sleep disturbance, and chronic survivalist reactivity, you need to know what we know now about PTSD. Become a trauma-informed consumer about what you can do to find your way out of the trauma memory that haunts you.

It is hard to recover from PTSD, but living with PTSD is harder.

Thank you for your service.