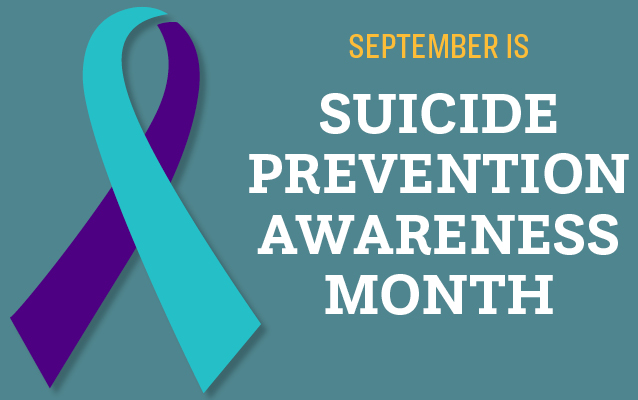 Trigger warning: If you have been thinking about ending your life, or just disappearing for a while, this blog may help you identify your risk level for attempting suicide. It may also increase the intensity of those thoughts and feelings. Start talking to a trusted friend or family member about how you are feeling. Call the hotline below if you can’t think of someone else who will listen. You can come back from the edge.

An average of 17-18 veterans died by suicide per day in 2017-2018. Veterans completed suicide 1.5 times more frequently than their peers in the general population. These are the most recent figures from the 2020 National Veteran Suicide Prevention Report.

While these new numbers are lower than the 22 veteran suicides per day reported in a study analyzing veteran suicide rates from 1999-2010, this is still an overwhelming number of veterans making the choice to end their lives each year. In fact, over 6,300 veterans have ended their lives by suicide every year since 2008. Some years were worse than others. The vast majority of suicide completions were men, with more completions among male veterans over the age of 50 than in any other age/gender group.

Contrary to popular thought, suicide rates are not higher for combat deployed veterans. Not according to this VA report, nor according to other reliable reports. It is important to note that completed suicides are a very different problem from the misery of having bad thoughts. It is clear that combat, assault, PTSD, and depression are contributing factors to suicidal thinking for many veterans, whether or not they may have attempted to end their lives.

Also contrary to popular thought, admitting to thoughts of ending your life, called suicidal ideation, does not typically lead to hospitalization. Consider this, the Veterans Crisis Line has answered nearly 4.4 million emergency calls since 2007. They called for emergency rescue more than 138,000 times. That’s only about 3% of callers in crisis who met the criteria for emergency rescue response. Noting that nearly 97% of callers in crisis did not meet that criteria, I hope that the fear of hospitalization does not keep someone from talking about what’s bothering them.

I am heartbroken by suicidal ideation and completion in the veteran community. As I listen to veteran after veteran in VA benefits examinations, I hear about their veteran friends who have completed suicide. So many tell me that they too have bad thoughts of ending their lives daily, weekly, or episodically. Statistics alone do not tell the whole story. Veterans tell their own stories.

In every VA benefits examination and mental health appointment, the question has to be asked. Do you have thoughts of harming yourself or ending your life? The most common response is something like this. Doesn’t everybody have thoughts like that?

Would it surprise you to know that my response is almost always some version of, No. Everybody does not have thoughts of ending their lives. Only those people who have lost hope that the nightmares will ever end, who have lost their sense of purpose, who have been disconnected from or rejected by family and friends, who have found treatment to be insufficient or inaccessible.

To me, suicidal ideation is like a high temperature reading for emotional distress. It’s like the check engine light has been on for a while, and now the oil check and battery lights are blinking red. And there are too many veterans feeling like this right now. I’ll say it again. Veterans thinking about ending their lives is heartbreaking. So, let me give you a brief breakdown of three important risk levels of suicidal ideation and the different actions that are indicated. At each risk level, thinking about ending your life is a pretty miserable place to be.

High risk: You have had thoughts of ending your life for a while, maybe months or maybe years, but things have taken a turn for the worse. You have made plans for what you will do, and you have the equipment you need to follow through. If this is you or someone you love, specific plans about how you would end your life, please reach out immediately. You may be part of that 3% who meets criteria for emergency rescue, but you will more likely find someone who will talk you back from the edge. Call more than once if you don’t make a good connection. Hope, purpose, connection, recovery. It’s all just a day, or a month, or a year from reality.

Uncertain risk. You are not on the edge, but you can see the edge from where you are. You’ve had thoughts like what’s the point of trying, and then you lose your job, or your spouse or family, or some other loss has occurred. It’s not surprising that losing a battle buddy to suicide can bring the edge to sharp focus.

Who do you talk to when life goes real sideways? Oh, you don’t like to talk about your feelings? I’m afraid that’s not an option when you can see the edge from where you are. When suicidal ideation becomes more frequent or scary, it’s time to start talking. A good start is to connect with other veterans at a nearby Vet Center. No service connection required. No judgment. In person and virtual appointments with people who get it.

Little risk, but so damn miserable. You work hard to make life good for yourself and your family, but each day is a challenge. You may be irritable or short-tempered, and that’s not like you. You’re losing track of things, forgetting conversations, feeling disconnected. Your life keeps happening, and you work to hang onto hope, purpose, family, friends, people who give a damn. You’re not sleeping well most nights. Maybe some of that or all of that is happening, and you have thoughts that it’s all become too hard.

You didn’t used to have thoughts of ending your life, but now you find yourself thinking bad thoughts daily, weekly, or episodically. Your emotional distress temperature gets too high sometimes. Suicidal ideation like this means it’s time to start talking.

For the next month in social media, we’re going to give you something to talk about.

Effective planning restores hope, creates purpose, reconnects you with others, and identifies necessary recovery resources. Let’s get into the business of pushing back against PTSD and the suicidal ideation that sometimes occurs. Let’s leave no one behind on that edge of no return.